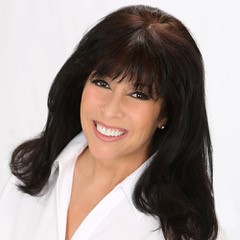 I live in Houston, TX.  Houston is a huge networking town, and if you are not networking, you are not getting business.  When I was introduced to Virtual 5 O’clock, I thought, oh no, another networking group, but since I knew one of the founders, Alan Kaye, I thought I would give it a try.  Needless to say, after attending the first Zoom meeting I was hooked.  Virtual 5 O’clock is networking on steroids.  I truly look forward to every meeting, whereas in my other networking groups, they are meetings which one should attend, but one is usually always thinking of something else they would rather be doing.

With Virtual 5 O’clock, my week would not be complete if I were to miss a meeting.  Of course business is absolutely conducted at every meeting, but it is so much more than business.  The relationships that have been formed over a computer screen are insane.  I have made so many new friends, and I am very much looking forward to meeting everyone in person.  Business is conducted as a result of the friendships which have been developed.  You want to help everyone that you meet on V5O, and if you cannot help someone, there is someone else that will be able to do so.
There is not a day that goes by where I do not receive an email with an introduction from another V5O member.  It is the relationships that we are building that are resulting in business.  It is the opposite of other networking groups where by you conduct business and maybe a relationship develops.  It is the relationships that are the glue of V5O.  If something were to happen to anyone of us, such a loosing a job, or perhaps a death of a friend or family member, or is someone is just having a tough time, the entire V5O community comes together to do whatever they can to help each other.  This is not asked for, but given freely.  V5O is just an amazing community and I am blessed to be part of this family.